There’s building your dream home, and then there’s creating it – and believe it or not, they aren’t always one and the same. As a real estate broker, I get to see it all.  For some home buyers, those niche features they would love to find in a home just aren’t available on the conventional market. So unless they have the ability to fund a custom home building project that has those features, the next best option is to find a home that meets all their other criteria – and then, customize it themselves until the house achieves dream home status.

With that in mind, here are some of the most fun features homeowners are implementing into their existing houses to create their own dream homes. If you’re interested in creating your own dream home, perhaps these will supply some inspiration!

We’re starting with a “weird” one that is fairly uncommon – but it got your attention, didn’t it? This is one of those “ripped from the headlines” home features you might see on your local news. It’s an actual in-ground, and – wait for it – indoor fishing hole that homeowner Paul Phillips in Skiatook, Oklahoma installed in his home.

However, “installed” may not even be the right word; as a licensed contractor, what Phillips actually did was skillfully saw a perfectly circular hole in the floor of his living room. But before he did that, he had to build a man-made pond on his property, fill it with water and situate his home on a highly stilted deck over the pond. After that, he filled with pond with hundreds of catfish and crawfish. “This is the hole in my floor,” Phillips casually told the news crews who came to his home to report on the project. He now enjoys his own freshly caught fish every day – literally, without ever leaving the comforts of home to catch it.

Once a feature only reserved for waterfront homes, the outdoor shower is making a big comeback right now – in part due to DIY-rich resources like Pinterest. As any “pinner” knows, the site is a treasure trove for anyone who may be wondering, “I’m thinking of creating my own dream home, but I need some how-to help.” Pinterest primarily links to DIY and lifestyle blogs, of course, but it’s a great starting point for someone who wants to identify their perfect outdoor shower via photo before delving into a tutorial.

Of course, YouTube is a great resource as well because there are over 20,000 videos on DIY outdoor showers on the site. Video tutorials are an excellent resource for any home improvement project – but if you’re building something that involves hooking up to the home’s plumbing and gas, they can be especially useful for safety and efficiency. If you are planning on building an outdoor shower, look for a how-to video that includes specific instructions on hooking up to your home’s utilities so you can safely enjoy your new fixture for years to come.

Here’s an expected question: “Aren’t home theater rooms a little pre-recession extravagant?” Well, not necessarily; in warmer climates, people are still creating covered outdoor entertaining areas in their backyards – complete with large screen televisions – and nobody bats an eye when they see them. So if you’re in a cooler area of the country or you simply prefer to view movies and televised events indoors, why allow yourself to be left out of the home theater fun? Remember, an indoor home theater doesn’t necessarily have to mimic an actual movie theater; rather than installing upholstered bench seating that forces people to sit uncomfortably close as if they were in a public theater, a home theater can be furnished with plush leather chairs that are spaced perfectly for casual comments during a film or camaraderie during a game. As the person creating your own dream home, you get to decide how far apart to space the seats – not a builder or manufacturer!

If you prefer a cozier vibe, the chairs can be as close as you like; in fact, some home theater rooms are furnished with sectional couches instead of chairs. When it’s your dream home, conventional rules don’t apply. Speaking of rules, there’s no law that says your home theater room has to look tacky, industrial or be covered in brown leather. If you want color, add it. If you hate the look of built-in cup-holders, forgo them and place end tables in between each pair of seats instead. If you want to simply incorporate a home theater component into your existing den, “man cave” or game room, go for it. A home theater room can be whatever you want it to be, just like any other dream home feature.

This is another feature that some might call excessive in a thrift-minded America. But let’s think about it: How much does it cost to go to the actual spa? When you consider that, upgrading your existing master bath to give it a spa-like environment may not seem like such a lavish expense. One of the most popular spa features homeowners are adding to their master bathrooms include freestanding tubs, rather than tubs that are built into the wall. These can be sunken tubs with jets, claw foot tubs for a vintage bathhouse feel or even the modern, monolithic basin found in some of the most current spa hotspots.

One thing that’s missing from some of the spa bathrooms homeowners are currently building? The dark tones of the past decade. Gone are the brown slate tiles that screamed “status” in master baths 10 years ago. They’re being replaced with options like white subway tiles, gray-on-white marble, blue-and-green sea glass mosaics, and blue-on-white Moroccan tile. Even bright white can be incredibly calming, particularly in a bathroom where cleanliness is the common theme. And if creating your own dream home means glamming up the spa bathroom with a Hollywood regency theme, gilded gold touches over lighter surfaces can easily do the trick.

Getting Started on Your Home Improvements

If it’s time to get started on creating your own dream home, whether it’s a home for rent, or one you’re buying, these ideas can be a great starting point. And if not, that’s okay; the inspiration is out there if you look for it. Take some time to think about the features you’ve always wanted in a home, and then make a list of must-haves, could-haves, and would-like-to-haves. Prioritize them according to your budget, and then find ways to achieve them within those financial parameters. If there’s a project on your would-like-to-have that just isn’t feasible now, set a timeline for attaining it and then work towards that. Doing this can make creating your dream home a positive, satisfying experience that adds value to your home and quality to your life. 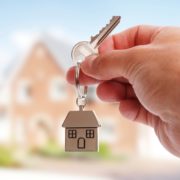 Going from Renter to Home Owner 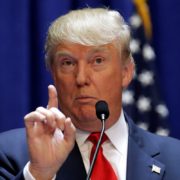 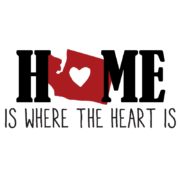 Making Your House Ready to Sell 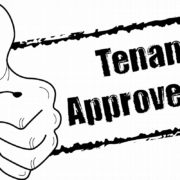 What is Tenant Placement? 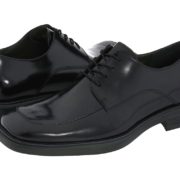 My Shoes – A True Story 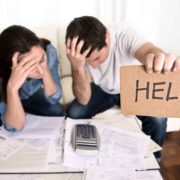 Due Diligence – What’s it to Me?
Scroll to top