Yes, it was a messy one.  The worst I’ve seen in my lifetime, hopefully.  And regardless of whose side you were on, many, many people were disappointed, if not disgusted.  But with the 2016 Presidential election in our rear view mirror, and having now named a new president, many people continue to wonder how the Trump administration’s plan to change the economic landscape will affect them.  Whether they will suffer or prosper. Whether they will live proudly, or embarrassed or frightened.  Whether they will be protected or rejected.  Very valid and serious concerns, but just for the record, this is not a political article, this is an American economic financial matter, and I want to bring it to you first, hopefully not before yourself or someone else has already beat me to the punch.  So without making this into a political case for one side or the other, I will, pragmatically, give you my opinion of what’s about to happen to all of us, and what you might consider doing about it.  So here we go.

Trump’s Promises on the Economy

Trump has repeatedly and vehemently promised to bring jobs, fair trade, and prosperity back to the US.  Don’t believe that if you don’t want to, but many major news sources are suggesting that even Democrats are excited to work with the incoming President Trump regarding improvement of the nation’s infrastructure and economic landscape.  It serves Democrats well, just as much as it does the majority holding Republicans, to bring US money back into the country from foreign banks, to increase American jobs and production, to improve our trade deals, to hopefully, and very possibly, make us a wealthy nation again.  So what’s the likelihood of this happening?  Well, if history is any indicator of what may happen in the future, I’ll make my main point with two not so far back examples.

First, remember back during George W. Bush’s administration, when he tried to stimulate the economy with those refund checks?  In 2008, the IRS, under President Bush, sent taxpayers rebate checks first in 2001 with only marginal successful, and again in 2003, with much more success, and again in 2008 when the IRS sent every one a check for $600 each and eliminated the first $6000 of each taxpayer’s personal income to modest success.  That was only $150 billion over 7 years.  In the end, the Bush Stimulus Plans didn’t quite go over as big as some thought it would, and even though many people didn’t, I admit to spending at least half of any refund money I received on things that were needed.  But like many Americans, I also saved some of it too.  So, yes, even though it was marginal, his economic stimulus plan did work.

Obama and The Great Recession

Secondly, yes, it is my opinion that President Barack Obama was handed a terrible economy, a near collapse of our entire banking system, properly named “The Great Recession”.  Now, I know that there are many differing opinions out there, and again, with this not being a partisan article, it is my opinion that President Obama did the right thing with the so called “bailouts” and helping get the economy stabilized and back on track as well as he did.  Now, I also think many of those corporations should have paid back even more than they did, but in the end, like it or not, his big risk also worked.  And as far as economic recoveries typically go, I’d say this one was fairly fast.  Really, about as fast as any regular president could.  Now I don’t claim to be an economist, but I did get A’s in economy and finance in college, so at least, in my own opinion, I believe I know what I’m talking about… which brings me to the point of this article:  Pumping money into the system works well.  It works very well.  And it’s been proven repeatedly to work well.  So what should you do?  Very simply, buy real estate. Buy it now.

Buy any real estate you can get your hands on.  Financial markets are have already gone up, but I think the real money will be in owning investment and rental properties, and in some places, land.  Land in or near a city, that is.  Since I’m not a stock expert, I can’t speak as to whether or not it’s a good idea to invest in stocks now, but as a productive real estate broker for the past fifteen years, I expect to see real estate prices dramatically rise over the next two or three years, at least.  Even longer if he keeps his economic promises.  So only if President Trump does half of what he promises with the economy, I believe we’re almost guaranteed to see a large spike in real estate values between now and 2020.  And if you’re lucky enough to own a piece of land that developers think would make an excellent choice for their next big project, your land price could skyrocket.  I must say, however, that I believe land investments to be slightly more speculative, slightly higher risk, and almost always long-term.  But I confidently believe that housing prices are set to see double-gains, up to the 20 or 30% range, in some areas, at a minimum within the next two years.  And depending on how things go, its anybody’s guess as to how long it’ll last.

What does that mean for you?

Well, hopefully you’ll fall into one of two categories: (1) Able to invest in Real Estate now, or (2) Able to invest in Real Estate soon.  You don’t want to be in category #3, which is the person having to wait for his or her overall income go up over the next several years and then find him and/or herself only able to purchase then.  By that time, I believe prices will be too high for low to moderate entry level.  All the good deals will have already been snatched up by then and it’ll be a much more competitive market. Which is exactly why I’m telling you, now is a really good time to consider buying rental properties.  And I only feel this strongly because of what I’m hearing being said from both sides of the aisles… that President Trump is a deal-maker.  And while hopefully surrounded by a staff who can help him manage his other presidential issues, I don’t think he’s going to find much opposition to, if nothing else, bringing back trillions of dollars of US corporate money back from overseas banks.  That’s money that will find itself working itself back into the US economy one way or another.

So think about your long range financial plans and decide if owning real estate is right for you.  It has been said time and again that real estate is the single biggest wealth building tool available, and I think it’s time to start using this tool to your advantage.  Newer residential areas is where I’d consider putting my money if I didn’t have a lot for startup and improvements, but if you do, consider buying and (very importantly) updating and upgrading single family apartments of any kind.  Nonetheless, whatever you can afford, it’s highly probably that just about all real estate will outperform stocks for the next handful of years to come.

And don’t forget to consider hiring a Professional Property Manager.  If you have comments, you are welcome to post them.  If you have questions, I’d be happy to speak to you.  If you’d like to invest in real estate, I’d love to work with you.

Copyright 2016.  For more information, we welcome your calls or emails to Management 1 Tri-Cities Realty & Property Management at 800-205-M1TC or info@m1tc.com. 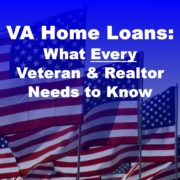 The VA Loan Program: What Home Buyers Need to Know 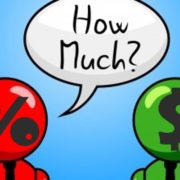 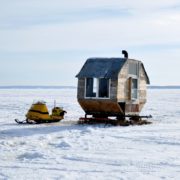 Creating Your Own Dream Home 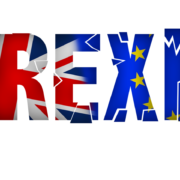 Brexit and its Effects on US economy and Real Estate 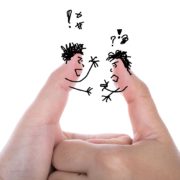 Renting to Roommates… A Recipe for Disaster? 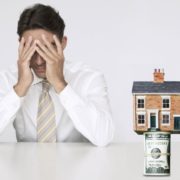 Celebrating the Holidays When You’re Moving
Scroll to top